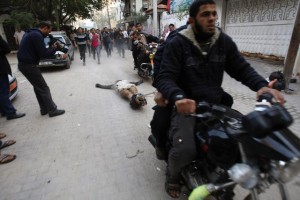 ED’S NOTE: GRAPHIC CONTENT – Palestinian gunmen ride motorcycles as they drag the body of a man who was killed earlier Tuesday as a suspected collaborator with Israel, in Gaza City, Tuesday, Nov. 20, 2012. The man was one of six suspected collaborators who, according to witnesses, were killed in a main intersection by masked men who forced them to lie down in the street and shot them in the head. The Hamas military wing claimed responsibility. (AP Photo/Adel Hana) 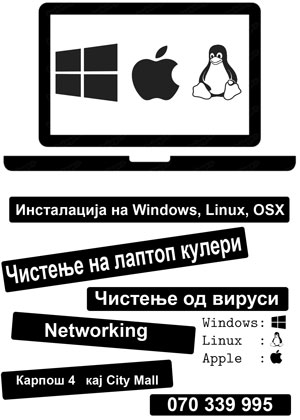